Hundreds of leaders were not paid overtime or given duty-free meal and rest breaks during their 16- to 18-hour days, the lawsuit alleges. The claims were filed under the Fair Labor Standards Act and the California Labor Code.

In certifying the class, Judge Edward M. Chen of the U.S. District Court for the Northern District of California ordered the parties to file by July 15 a joint supplemental brief regarding a proposed class notice and consent form.

“I certainly think that the industry needs to rethink how they do business, that they cannot put on these expensive, profit-generating trips and basically not pay their workers anything close to minimum wage,” plaintiffs’ counsel Bryan Schwarz with Bryan Schwartz Law in Oakland, Calif., said July 9.

Last April, Chen granted in part and denied in part the trip leaders’ summary judgment motion, finding that ARCC is not an “organized camp” with a site or camp for outdoor group living and is not exempt from minimum wage and overtime requirements under California and federal labor laws.

The court also denied the company’s summary judgment motion, finding that, under California Health and Safety Code Section 18897, an organized camp must be a site with both “programs and facilities.”

California Labor Code Section 1182.4 permits a weekly salary of at least 85 percent of the minimum wage for a 40-hour week, “regardless of the number of hours per week the student employee, camp counselor, or program counselor might work at the organized camp.”

Although tours might be in locations around the world, tour leaders spent 10 to 14 days in pre-trip planning and post-trip debriefing in California, the court found. It agreed with the chaperones that so long as they worked part of the week in the United States or California, the entire week should be counted under the FLSA or California Labor Code “even if the rest of the work was performed outside of the country or state.”

Chen cited Footnote 20 to 29 C.F.R. § 776.7, which states that work outside the country is FLSA exempt. When part of the work performed in any workweek is covered work performed in any state, the court said, “ ‘it makes no difference where the remainder of such work is performed; the employee is entitled to the benefits of the Act for the entire workweek unless he comes within some specific exemption‘ ” (emphasis added by the court).

The overall class of trip leaders for the class period is around 350, Reed Schaper, a partner with Hirschfeld Kraemer in Santa Monica, Calif., representing the employer, said July 10.

The class certification motion said ARCC has hired 80 to 90 trip leaders each summer since 2008.

The lawsuit, which challenges the company’s uniform, classwide exemption policy, was removed from Marin County Superior Court, where the complaint was filed Feb. 17, 2012 (35 DLR A-4, 2/22/12).

According to court documents, youths pay from $2,500 to $15,000 for the organized tours, and a typical trip would generate $150,000 gross revenue for ARCC, which organizes dozens of such trips a year. Destinations range from Australia to Alaska.

Defendant Scott Von Eschen, co-owner and president of Mill Valley, Calif.-based ARCC, and the tour company did not oppose the class certification motion.

“They didn’t have much of an argument. He granted summary judgment on their main affirmative defense so there’s not much left there,” Schwartz told BNA.

Schaper told BNA there “are a number of strategic and legal considerations that drove the decision not to oppose certification, but because of the ongoing nature of the proceedings, I can’t really go into detail.”

“The driving issue of the litigation was the applicability of the exemption to organized camps under the FLSA and the California Labor Code,” he said. “Based on the district court’s ruling that the exemption does not apply to trip and travel camps like ARCC that do not own or operate permanent camp facilities, and pending any possible appeal of that ruling, ARCC is complying with minimum wage and overtime obligations by paying an hourly rate and overtime when and where applicable rather than by a flat stipend per trip.” 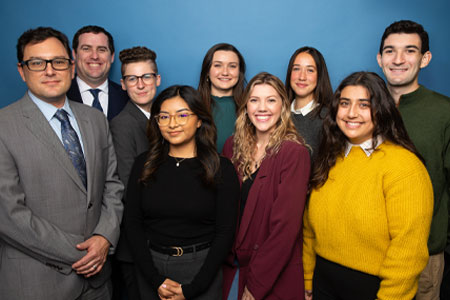 *Your submission of an intake request form does not guarantee that Bryan Schwartz Law will take your case or provide legal advice. You must be offered and sign a representation agreement with the firm before you will receive any legal advice.